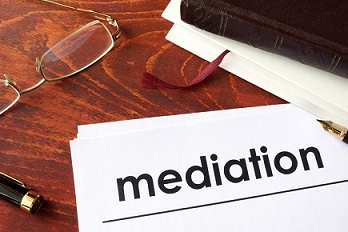 The stress of the times we are now living through may make us think that our world is no longer capable of innovation or improvement.  Our patience has worn thin with bad customer service, and many customer service professionals have lost patience with customers who seem intent on picking a fight with them.  Life just seems harder for most of us these days, and that is perhaps even more starkly true for couples who have decided that they have no other choice but to proceed through the divorce process.  Fortunately for couples who live in Minnesota, divorce mediation represents a notable exception to the idea that innovation and improvement is a lost art in our country. Johnson Mediation provides divorce mediation services, and some relief, for couples who have decided to divorce.

Using Divorce Mediation to Settle Terms of Your Divorce

The concept of divorce is almost as old as the concept of marriage.  In modern times, the divorce rate indicates that more than half of all couples who get married end up at least considering divorce.  The idea of mediation is built on the hope of finding resolution to conflict that exists between multiple parties.  Divorce mediation is, of course, specific to helping married couples end the legal bond of their marriage.  What may get lost in all that surrounds the divorce process is that it is possible to resolve many, and sometimes all, of the issues that led a couple to decide to seek divorce.

Divorce mediation exists for the purpose of not just ending a marriage, but helping the former spouses move into the next chapters of their lives feeling more empowered to do so.  Divorce may still represent a sad ending of a relationship that was intended to last forever, but it can also represent the beginning of something new and positive. It is even possible for divorced people to support the efforts of their former spouses in moving on. In other words, divorce mediation can help individuals overcome the conflict that ended their marriage and feel positively toward their former spouses.

Benefits of Mediation Over Litigation

Divorce mediation is a relatively recent innovation too. As the divorce rates rose, the courts realized that their dockets were filled in large part because of divorce cases. Considering the potential to help divorcing couples get through the divorce process without the conflict that had been for so long associated with divorce, mediation became a much sought-after alternative to the court processes. Johnson Mediation has been at the forefront of divorce mediation’s place in helping couples move on to the next chapters of their lives in Minnesota.  Call us at (952) 401-7599 if you would like to schedule a free consultation.